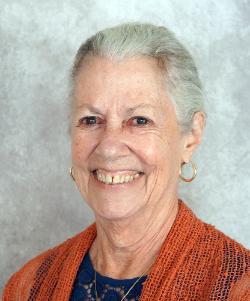 Dr. Susan S. Percival is a Professor of Nutritional Sciences and Chair of the Department of Food Science and Human Nutrition, University of Florida.   Her educational background began with a B.S. degree from the University of Rhode Island, an M.S. degree from the University of California, Davis, and a Ph.D. from the University of Texas, Austin.  She did postdoctoral research in nutritional biochemistry at Texas A&M University where she studied mechanism of copper transport. She was tenure track faculty at the University of Rhode Island prior to an educational leave to pursue her doctorate, which she completed in 1985.  During her career at the University of Florida, she took an 8-month sabbatical leave at the National Institutes of Health with the Nutritional Sciences Research Group at the National Cancer Institute.  Dr. Percival was the elected Secretary for the American Society for Nutrition and has served as chair of three research interest groups.  She was an Associate Editor for Advances in Nutrition and has also served the Journal of Nutrition in the past. Her research explores how dietary components influence human immunity.  Experimental models using cell culture, mice and humans reveal that certain dietary components such as bioactive compounds from fruits and vegetables, herbs and spices, red wine, green tea and aged garlic will modify immunity such that it is primed and ready to respond.  The clinical relevance of her research is aimed at avoiding common illnesses such as the cold and flu and maintaining health.

Because of the demands of her administrative position, Dr. Percival is not taking on any graduate students at this time.

Dr. Percival’s research program focused on enhancing immunity by dietary components with an emphasis on a specific immune cell, the γδ-T cell. Her lab investigated individual compounds, such as L-theanine, ellagic acid and quercetin; foods such as mushrooms, cranberry juice, grapes and grape juice; and botanicals or mixtures of other compounds that are found in dietary supplements such as aged garlic extract. Using both human subjects and cell culture models we investigated the mechanisms by which immunity is modified by diet. The goal is to improve immune function while reducing damaging effects associated with chronic inflammation.

Because of the demands of her administrative position, Dr. Percival is not teaching at this time.