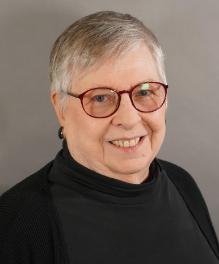 Dr. Bartoshuk is a psychologist doing research on the psychophysics of taste, smell and flavor. After 35 years at Yale University she moved to the University of Florida to continue her work on variation in the perception of foods/beverages produced by genetics and pathology. She joined the Food Science and Human Nutrition Department where she collaborates with food scientists as well as colleagues in Horticulture to study the effects of plant volatiles on taste. She has been President of the Association for Psychological Science (APS), the Association for Chemoreception Sciences (AChemS), the Eastern Psychological Association (EPA), and two divisions of the American Psychological Association (APA): Div. 1, General Psychology and Div. 6, Behavioral Neuroscience and Comparative Psychology.

Dr. Bartoshuk studies sensory perception of foods (e.g., taste, smell, flavor and irritation/pain). She and her students have developed new measurement techniques for quantifying sensations as well as the pleasure/displeasure these sensations evoke. Traditional sensory evaluation compares samples (e.g., is coffee A better than coffee B?). The new techniques permit valid comparisons of consumers (e.g., is coffee liked better by women than men?). Her lab discovered supertasters (individuals who experience unusually intense tastes) and studies the consequences of taste pathology (e.g., taste damage can lead to weight gain). Most recently, Dr. Bartoshuk has collaborated with horticulturists to connect sensory variation in fruit with variation in fruit palatability and to develop new ways to enhance sweet and salty tastes in foods/beverages.